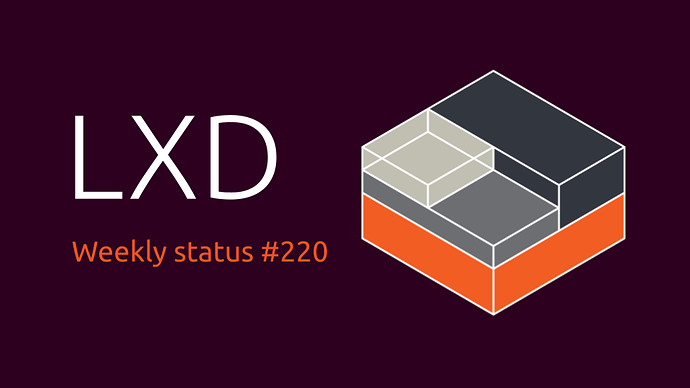 This past week has been mostly bug fixes and improvements as we continue working on our larger roadmap items. However LXD did get the ability to disable auto targetting of cluster members when creating new instances.

@stgraber has added another video, this time covering how to control resource usage of containers and virtual machines: