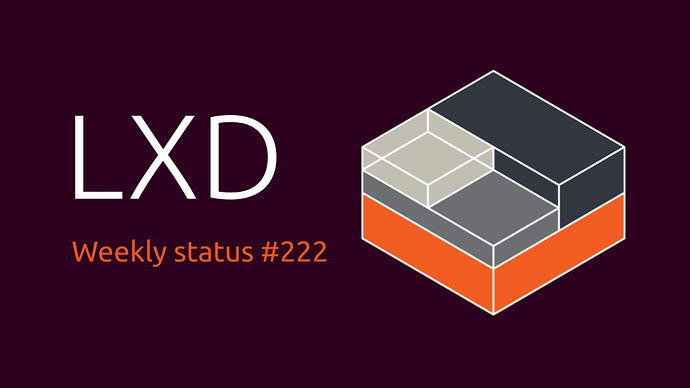 Last week LXD saw the addition of the last remaining roadmap items (Built in authoritative DNS server, VM stateful migrations and hardware accelerated OVN NICs using SRIO-VF) for the last development cycle, and we are now going into our next 6-month cycle.

@stgraber added a video on easy overlay networking in LXD with the Ubuntu Fan: