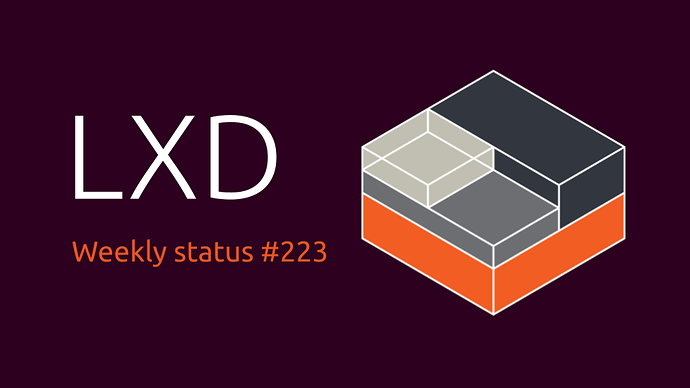 The highlight of the past week was the release of LXD 4.20 which includes several features from our roadmap (OVN network peering and SR-IOV acceleration, an authoritative DNS server, and VM stateful migration). For more information please see the release notes and the release video.

Over the past week we have been working on a variety of smaller issues to polish the LXD 4.20 release, and @stgraber has added another video, this time on using LXD with Ansible: