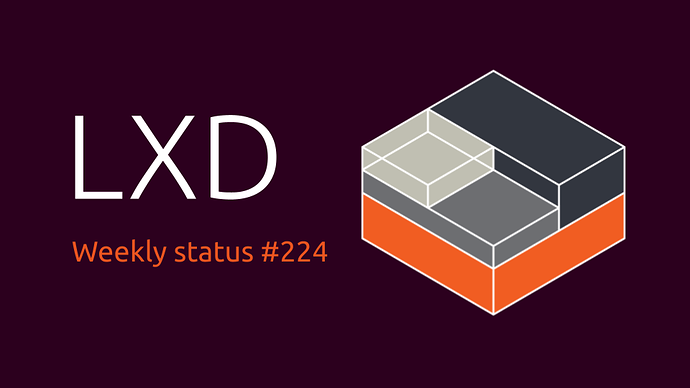 This past week LXD has gained routed NIC support for VMs, and self certificate renewal for non-admin users. Also the LXD disk device has been reworked to lay the groundwork for the forthcoming restricted path feature. Additionally Dqlite has seen a focus on improving armhf builds and testing.