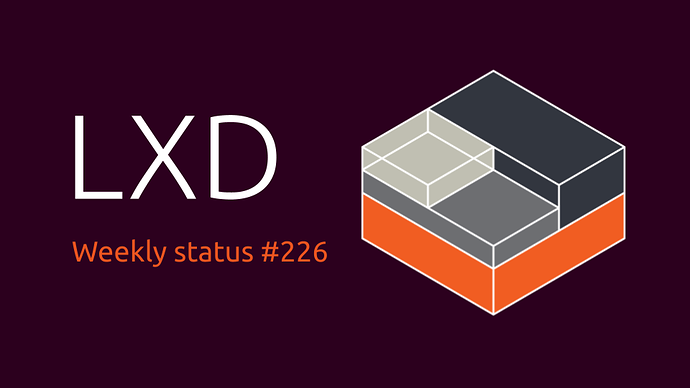 Last week LXD gained first-class cloud-init support as well as improvements to custom storage volume copy and move features, along with some fixes for OVN networks.

@stgraber has added a new video on using Ceph with LXD: