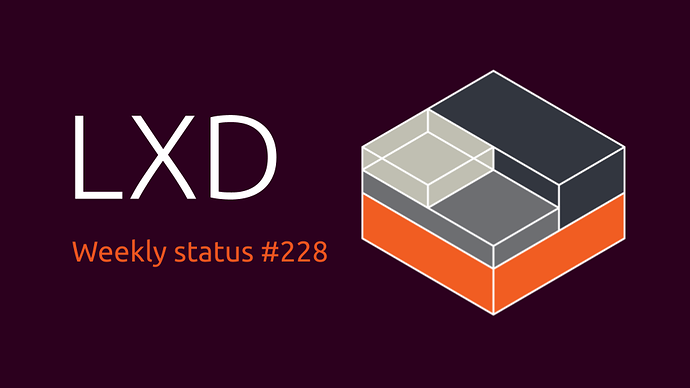 The highlight of the past week was the release of LXD 4.21 which includes several features from our roadmap (cluster member groups and first class cloud-init support). For more information please see the release notes and the release video. In addition to the release notes video, @stgraber has added another tutorial video, this time covering LXD clustering in depth.