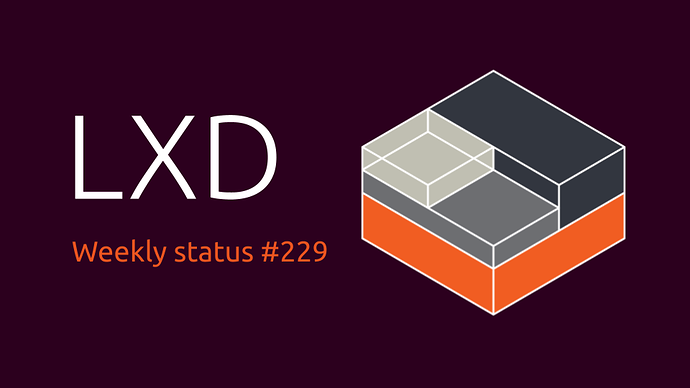 This past week was predominately a bug fix and improvement week as we ironed out some issues in the LXD 4.21 release from last week and continued with our roadmap work. This included landing one item from our roadmap, which was agentless VM metrics support.