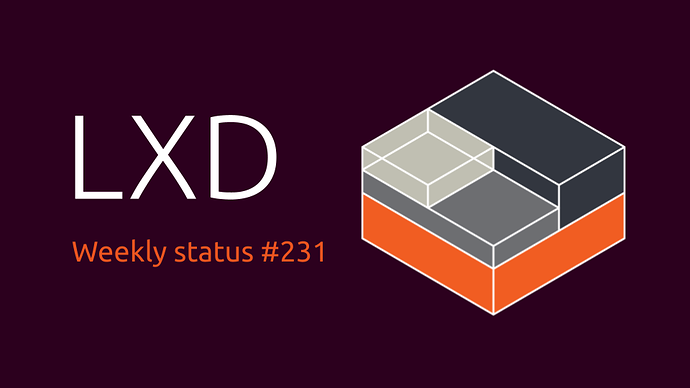 The highlight of the past week was the release of LXD 4.22. This is our first release of the year but still a pretty busy one with the all new lxd-user daemon, improved documentation and a number of other smaller features and enhancements.

There is also a release video covering the key changes: