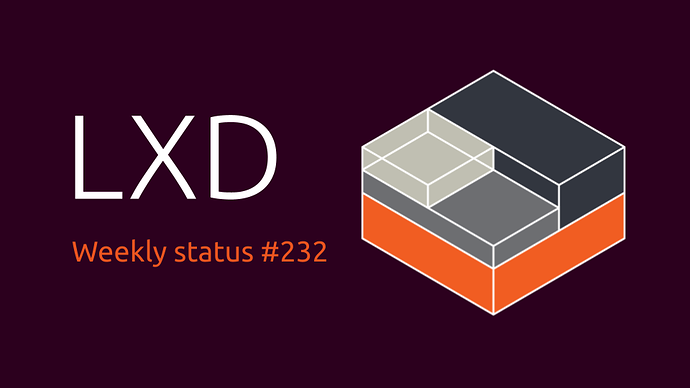 This week was a bit of a slower week due to part of the LXD team attending a (virtual) company quarterly meeting. This was however a good opportunity to go through some of the issue and pull request backlog which led to quite a few smaller features being included this week.

On top of those, LXD also saw a number of fixes for a database regression caused by LXD 4.22, some documentation improvements and fixes for live-migration on evacuation.

On the LXC front, we merged a fix for lxc-checkconfig on newer kernels and reworked some of the cgroup logic.

Fixed an issue with newer systemd and units making use of ProcSubset.