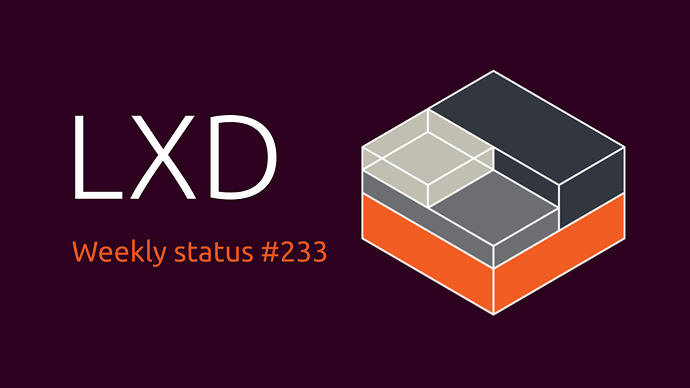 On top of that, we got a couple of additional configuration options for those using LXD on ZFS and a variety of bugfixes and improvements to documentation, dqlite and the LXD charm.

Improved buildability on Windows (still work in progress), fixed test issues on 32bit architectures and cleaned up an unused mutex.

Add a complete example bundle (LXD + OVN + Ceph) and improved the integration with OVN (automatic configuration of the connection string in LXD).