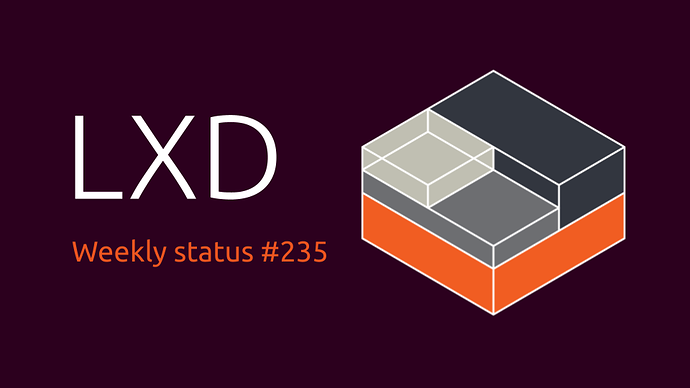 The highlight of the past week was the release of LXD 4.23, this includes 4 new features from our roadmap and several other improvements, along with lots of smaller bug fixes and improvements.

@stgraber will be going through the release in his next video: The minimum Go version supported for LXD is now Go 1.16.