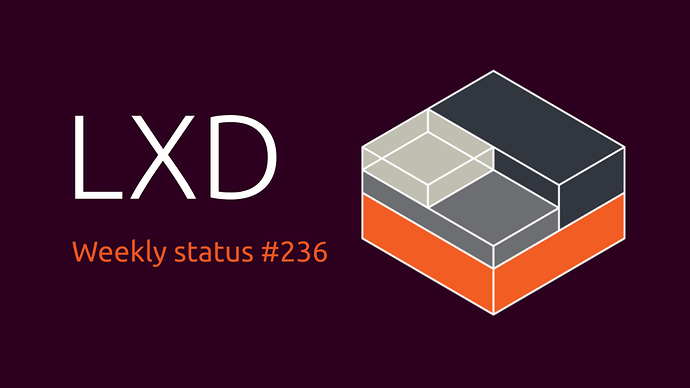 This past week we have been working toward our roadmap features as well as the usual round of improvements and bug fixes.

This week, the team published a video on integrating LXD with Canonical RBAC: