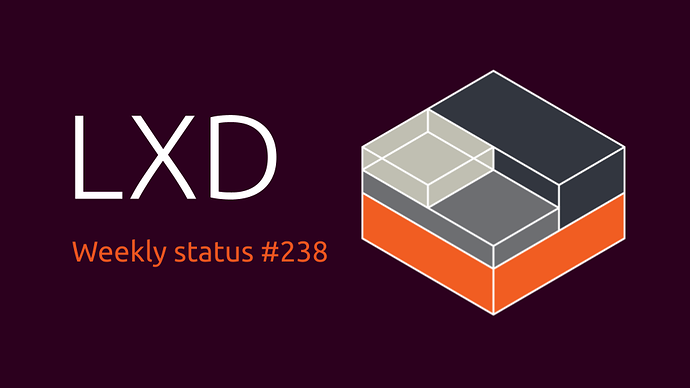 Last week the LXD were gathered together for the first time since March 2020 and were focussed on our roadmap items. Two such items were merged; Degraded startup for storage pools and support for remotely mounting an instance’s filesystem on a local system using the lxc file mount command.

Additionally @stgraber has added a video on using the LXD metrics exporter with Prometheus and Grafana: