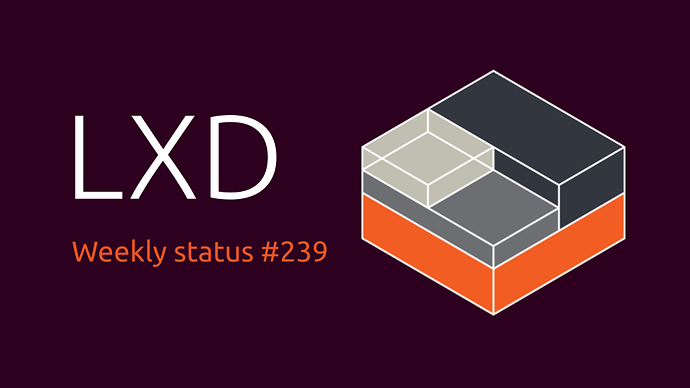 The highlights of the past week were the releases of LXD 4.24 and LXCFS 5.0.0 LTS. The LXD release is the last feature release before we start the LXD 5.0 LTS series, and LXCFS is the first in its new 5.0 LTS series.

The release video of LXD 4.24 can be seen here: Additionally @stgraber has added a video covering using the new multi-user feature of LXD, which can be useful when deploying LXD to desktops in an enterprise environment: