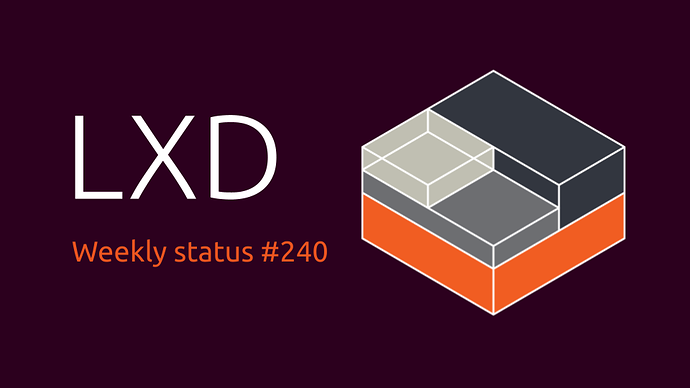 This past week we have been focussing on finishing our roadmap items and preparing for the LXD 5.0 LTS release.