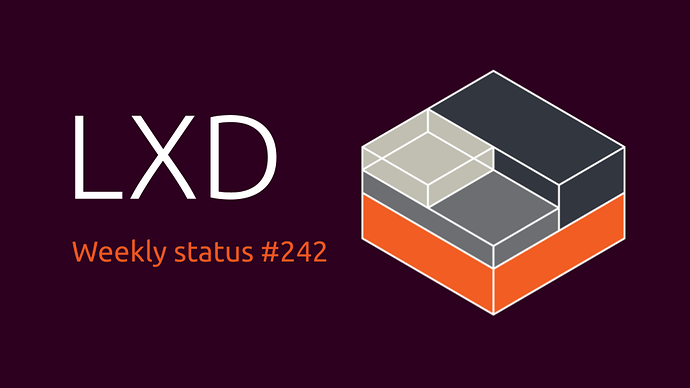 The highlight of of past week was the release of LXD 5.0 LTS. As with all our other LTS releases, this one will be supported for 5 years (June 2027) and will receive a number of bugfix and security point releases over that time. Additionally @stgraber has added a video on managing the LXD snap package: