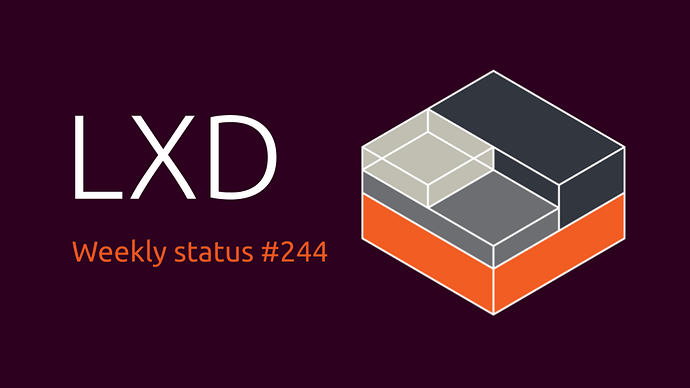 This past week has been focused on working through our issues backlog and trying to resolve as many of them as possible to coincide with the Ubuntu Jammy release so they can be cherry-picked into the 5.0/stable snap channel as well.

In addition to that, following on from the recent 5.0 LTS LXD release, @stgraber has added a video covering the key changes from the 4.0 LTS series for those planning the upgrade: