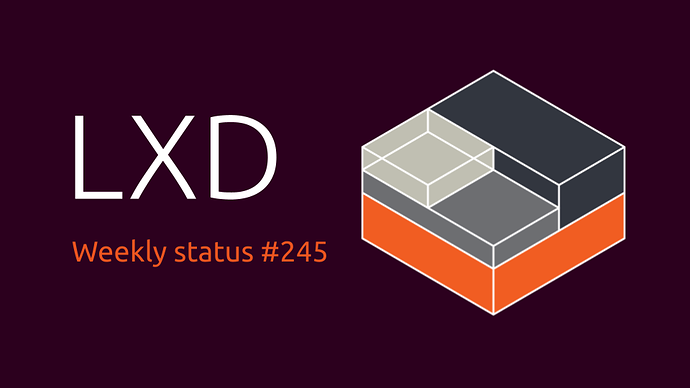 This past week we have been focusing on bug fixes for the up coming LXD 5.1 release.

In addition to that, @stgraber has released a video covering the many ways to expose network services running inside an instance onto an external network (which is a topic that comes up frequently on this forum):