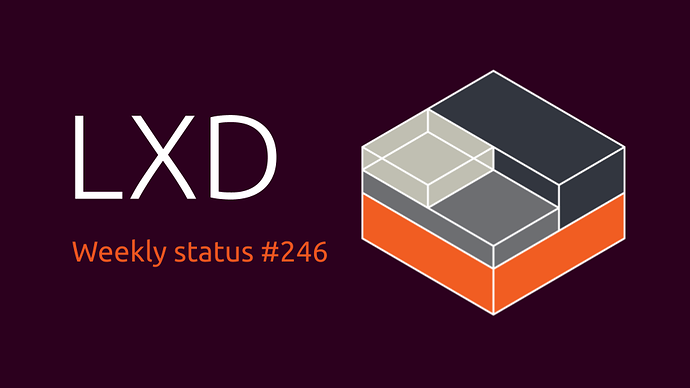 The highlight of the past week was the release of LXD 5.1 which contains lots of fixes and improvements since the LXD 5.0 LTS release (these will also be included in the forthcoming 5.0.1 LTS release) as well as several new features.

In addition to that Distrobuilder 2.1 has also been released.