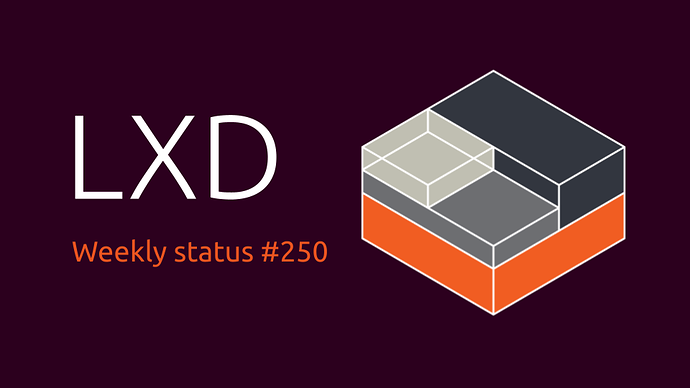 The highlight of the past week was the release of LXD 5.2. We have also been focusing on reducing our issues backlog and our ongoing roadmap projects, including one of our roadmap items to add HTTP streaming support to the devlxd notification API (which was requested by the cloud-init team).