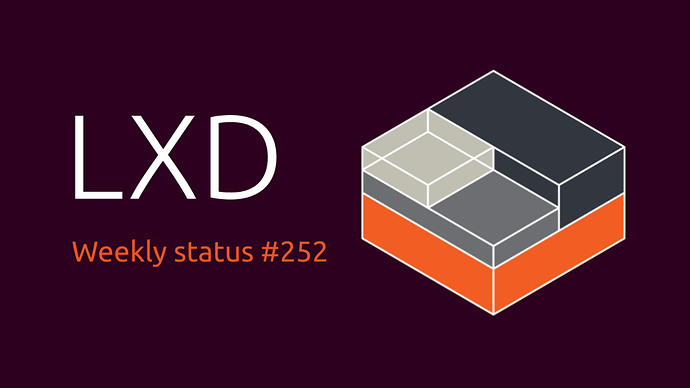 Last week we continued our focus on stability that we’ve had over the last few weeks by continuing to work through our issues backlog (and any other issues we find along the way) expanding our test suite as we go.

There’s also been a community contribution to allow customizing the VM QEMU config to support a wider variety of options than officially supported by LXD.

Additionally @stgraber has added a video covering the network forwards feature in LXD:

Related to network forwards, work has also begun on creating the specification for adding support for OVN load balancers in LXD.