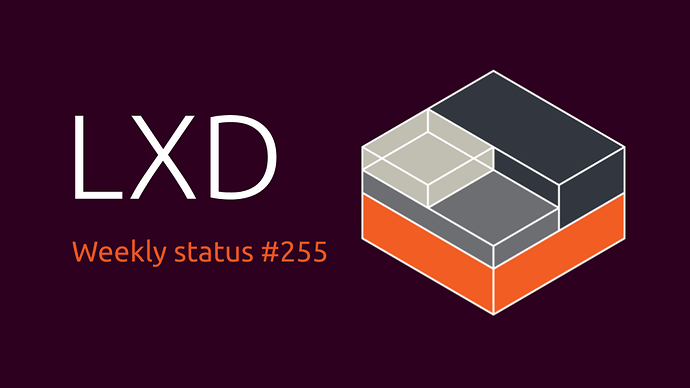 The past week saw us continue working on our larger cycle projects, as well as fixing a number of bugs since the LXD 5.3 release.

Most notable of these was a regression in liblxc that was introduced by the switch to the meson build system. It manifested itself in preventing containers using external disk devices using some filesystems as a source from being able to start. The fix for this has been added to the LXD snap package and is available now in the latest/candidate channel and will be pushed out to the latest/stable channel today. See add check for statvfs · lxc/lxc@8ee615c · GitHub for more info.

Additionally @stgraber and @brauner were at the Linux Security Summit North America last week and gave a talk on System call interception for unprivileged containers.