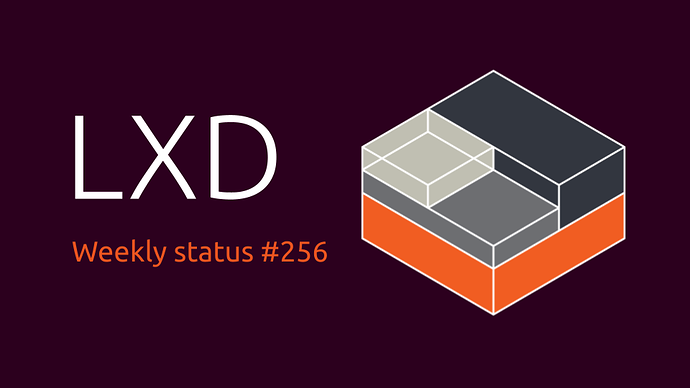 This past week has seen arrival of one our LXD roadmap item features: OVN load balancers, and a fix for a regression in LXD 5.3 that caused a slow down in listing instances (which also impacted instance creation time).