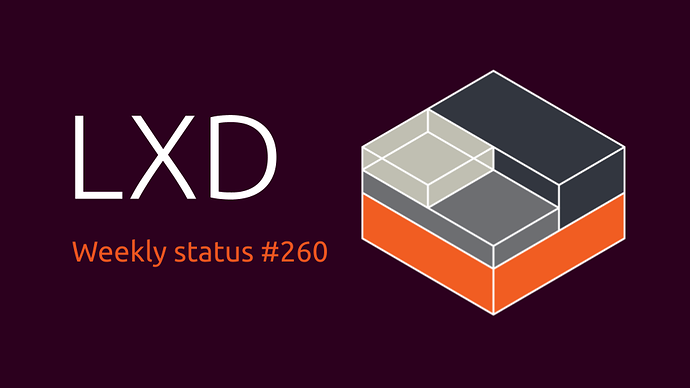 This past week has seen several improvements and bug fixes for LXD and go-dqlite, as we continue on our larger roadmap items.

@stgraber has continued his series of videos on LXD storage and this week explores the ZFS storage driver: