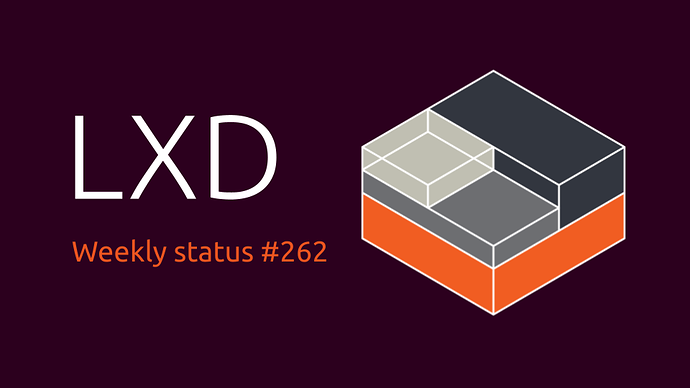 LXD 5.5 is the latest feature release which adds initial support for object storage and adds the concept of instance ready state. Also @stgraber has continued his series of videos about LXD storage drivers, this time looking at LVM: All of the past weeks changes made it into the LXD 5.5 release.