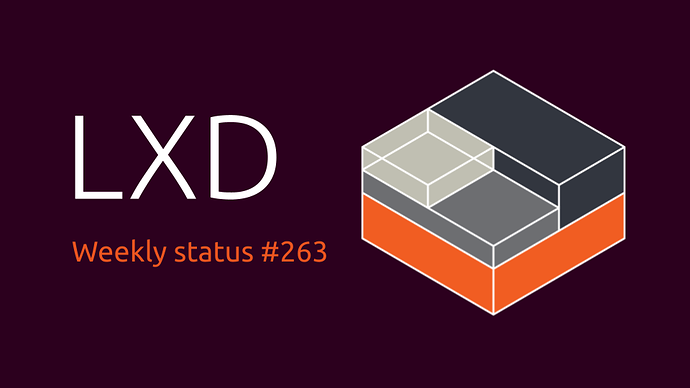 The past week saw continued progress on the new object storage buckets feature as we work towards adding local storage pool support. In addition there were a few bug fixes and improvements across most of our projects.