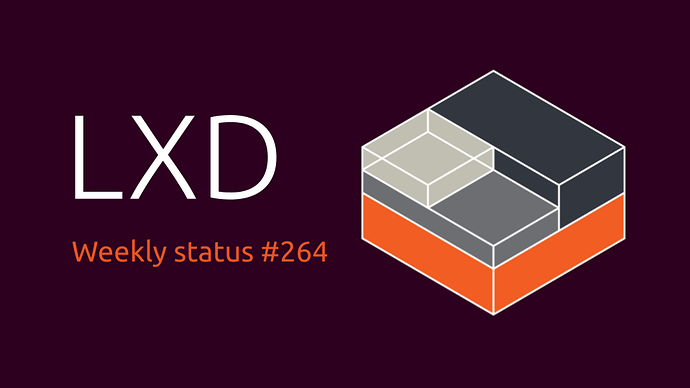 The focus for the past week was on Dqlite improvements and fixes whilst we continue our roadmap work in LXD.

Additionally @stgraber concludes his LXD storage pool drivers video series by looking at the original one, the Directory driver: