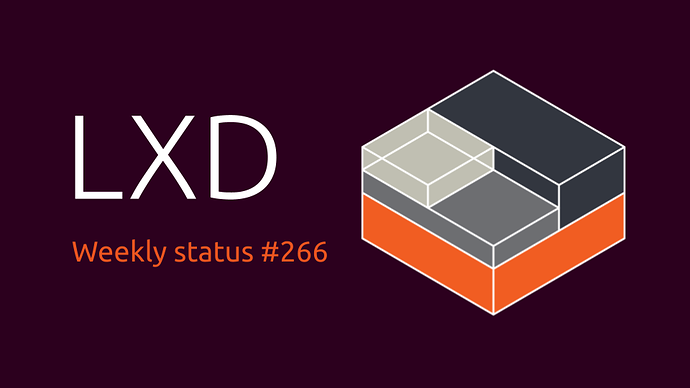 Weekly Update Templates960×540 53.6 KB
Weekly status for the week of the 12th September to the 18th September.

This past week some of the LXD team were at Linux Plumbers in Dublin.
The most prominent change was in LXD where the MinIO processes providing local object storage via an S3 API are now run as an unprivileged user rather than root for enhanced security.