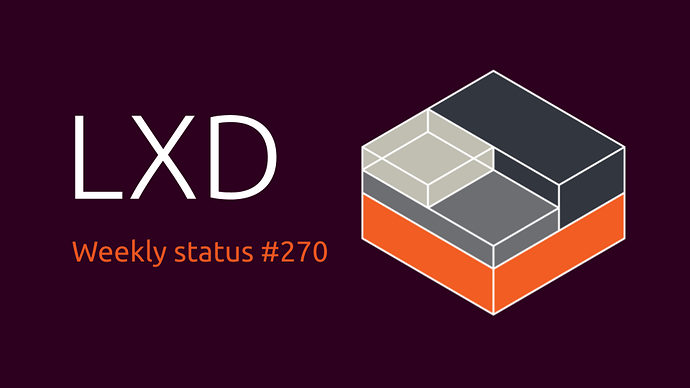 This past week has seen the last two LXD roadmap items get merged; ACME support and internal server metrics, as well as a push to reduce our outstanding issues list.

Additionally @stgraber has added a video describing how the LXD team does its feature and day-to-day development: