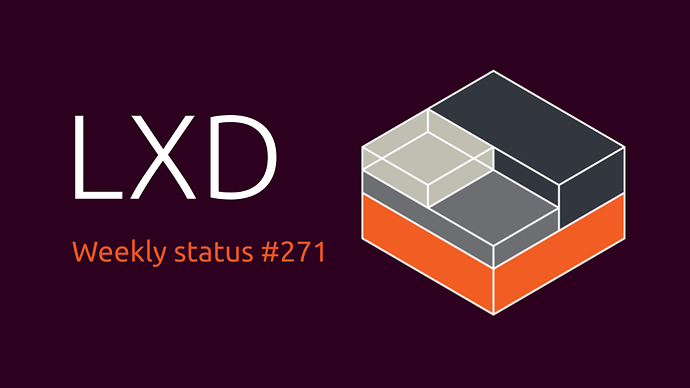 The past week was the last week in the current cycle, as well as being just before the LXD 5.7 release.
This meant we were primarily working to finish roadmap items and stability fixes.

For more information on the LXD 5.7 release please see the release notes and release video.