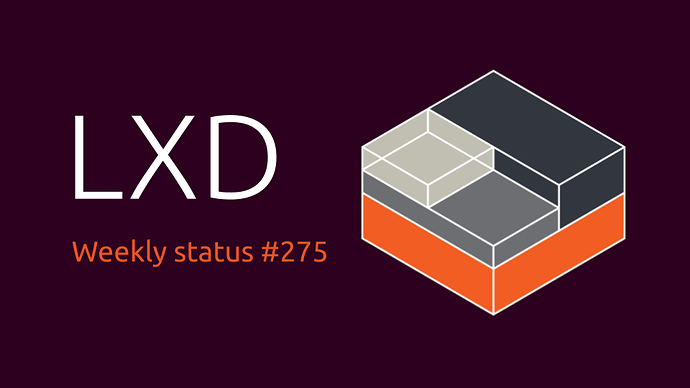 The highlight of the past week was the release of LXD 5.8. This release includes VM CPU hotplugging support, device override on init and launch, creation dates for custom volumes and several bug fixes and performance improvements. Please see the release notes and release video (below) for more details.