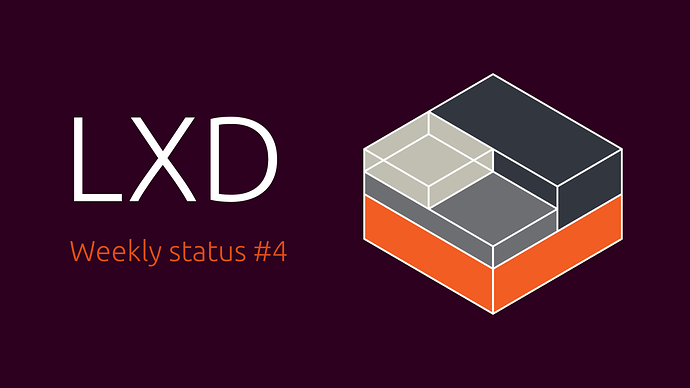 The highlight of this week was the release of LXD 2.15 on Tuesday. We’ve then been pushing a number of bugfixes on top of that, updating our packages for the most important fixes.

We’ve also kept busy with a lot of bug fixing across the board, ongoing refactoring and cleanup work on LXC as well as planned feature work on LXD.