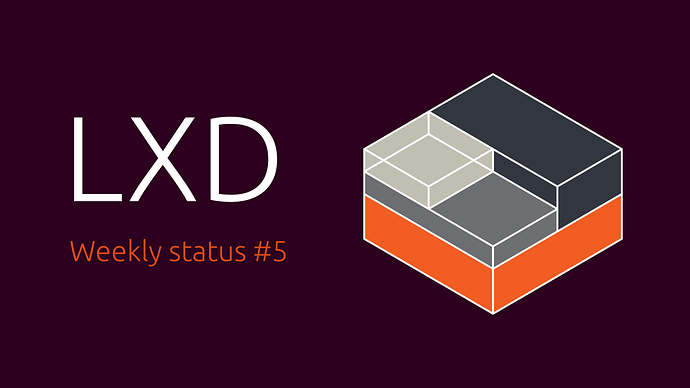 This has been another very busy week for us!

We’ve finally landed support for “push” and “relay” migration in LXD, allowing people to work around firewalls and NAT.

The Ceph storage backend is also now working the way it should in our tests with work being now focused on the corner cases and on sorting out testing for it.

Our snap package is getting quite a bit of attention lately and is much closer to a state that we feel is ready for production environments.

And that’s on top of a whole lot of bugfixes, refactoring and work on LXC and LXFS.

Part of the LXD team will be in Montreal this summer for Debconf17.
We’ve also announced the CFP for the containers micro-conference at Linux Plumbers 2017.

Our website got a few updates this week, most prominently the LXD part of it which has been refreshed to match the current state of things as well as offer installation instructions for a wider range of Linux distributions.

Our website is available on Github and we very much welcome improvements and translations for its content!