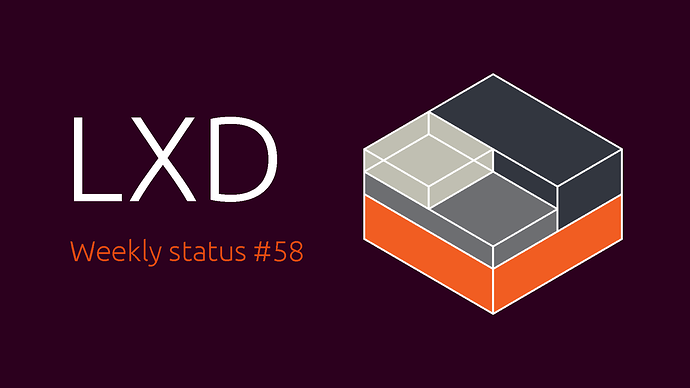 The main highlight for this past week was the release of LXD 3.3!

We managed to get quite a few last minutes tweak and improvements into LXD just before the 3.3 release, including improvements to the FAN bridge, a number of new network configuration keys and NAT support in the proxy device!

On the LXC side, the highlight for this week was the addition of native AppArmor profile generation, including support for namespacing and stacking of AppArmor profiles.