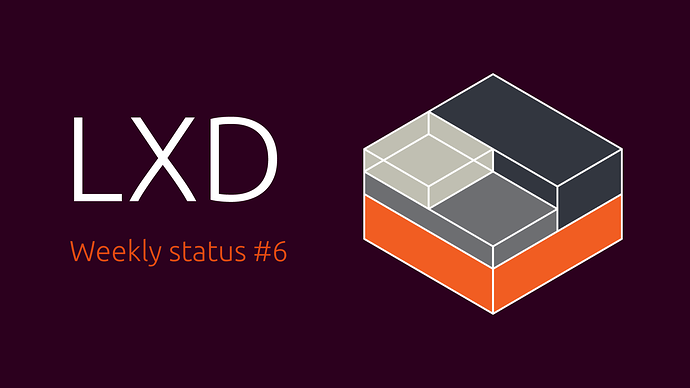 The main highlight for this week is the availability of the LXD 2.0 (LTS) branch as a snap.
Snap users can now choose which branch they’d like to use at installation time.

For the feature branch:

For the LTS branch:

That latter will currently get you LXD 2.0.10. The installation and setup experience is identical to that from our existing snap for the feature branch

We’ve also been pretty busy on the LXD side, implementing a number of smaller features. Improving the user experience of image creation, offering some more network configuration options and adding more control for custom storage volumes.