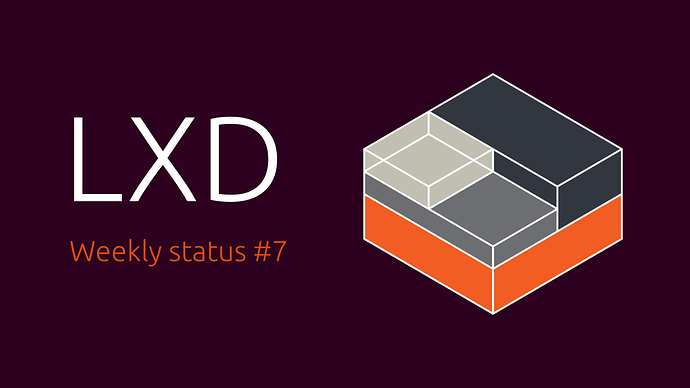 Part of the team was traveling this week but that didn’t prevent us from getting quite a lot of work done.
Ceph support in LXD is now up for review and expected to be included in the upcoming LXD 2.16 release.

A lot of progress has been done in backporting all relevant fixes to the LXC 2.0 stable branch in preparation for the upcoming LXC 2.0.9 bugfix release.

And LXD has received a number of smaller improvements like the ability to migrate from a stateful snapshot and a new API to edit container metadata and templates.