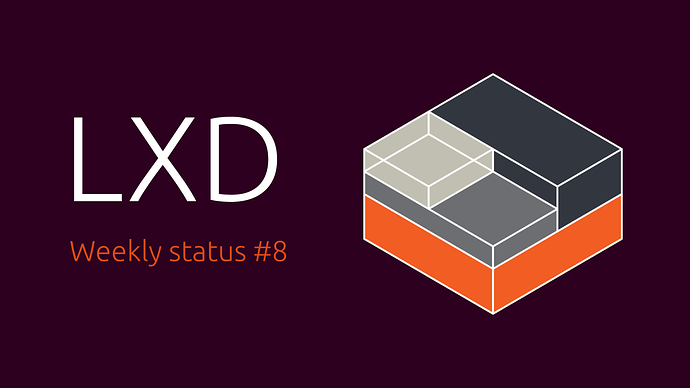 This week we released LXD 2.16 featuring Ceph RBD support and many more improvements and bugfixes!

We’ve otherwise been pretty busy preparing for the upcoming LXC 2.1 stable release and working on other LXD features such as the external authentication and delta support for image downloads.

The LXD snap has also seen a number of improvements with a complete rework of the storage handling code, introducing the base for LVM and Ceph support in the snap.