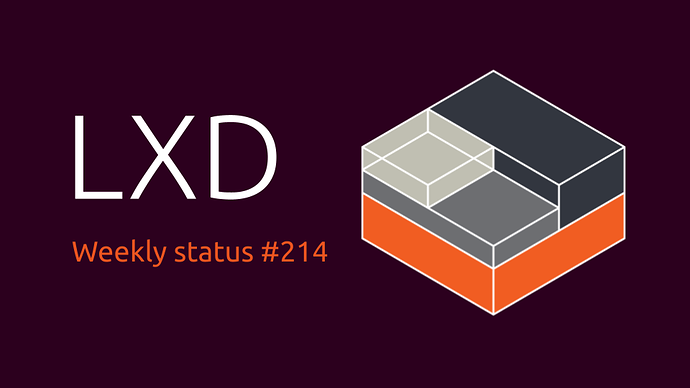 The highlight of the past week was the release of LXD 4.18 which includes several new features from our roadmap including floating IPs, BGP support and OVN NAT address customisation. For more information please see the release notes and the release video.

As well as the features included in LXD 4.18 this last week has seen several bug fixes and improvements: