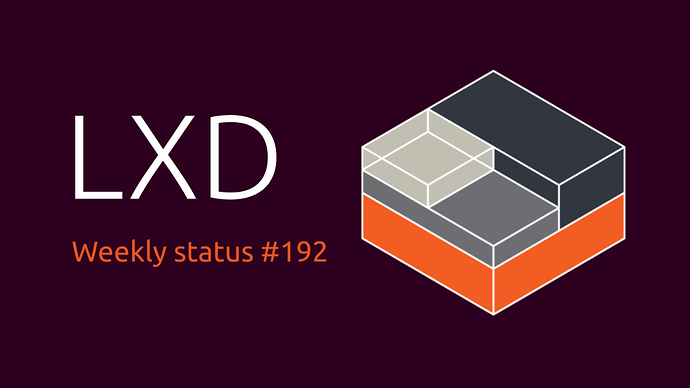 This past week saw several new features added to the lxc client tool for LXD, and improved support for GPU pass-through into containers, as well as a continued focus on hardening liblxc using “fuzzing” testing.

LXD has gained improved filtering when listing instances with the lxc ls command.

Multiple values (using OR) must be delimited by ‘,’.

LXD’s lxc client tool has also gained support for a concept called “system wide remotes”, where remote LXD nodes can be defined globally on a system in /etc/lxc/config.yml , rather than being stored in a per-user config file. For more info on this please see https://linuxcontainers.org/lxd/docs/master/remotes.

We have also improved our support for passing different types of GPUs into containers. LXD now supports passing in an NVIDIA MIG device, as well as an mdev GPU that exists on top of an SR-IOV device.

There were also the following bug fixes:

There has been a continued focus on hardening the code to fix issues that have been revealed by the use of “fuzzing” testing.