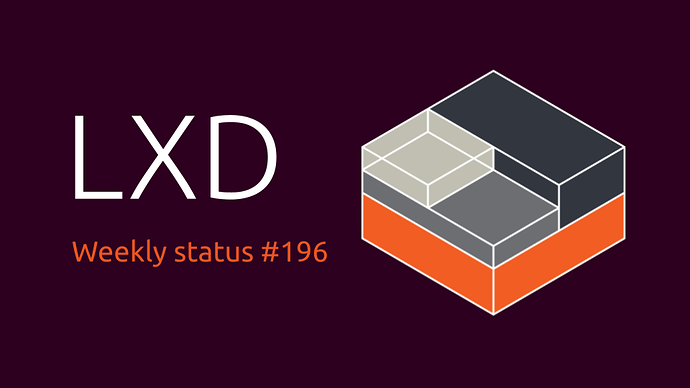 This past week saw the release of Dqlite 1.7.0 and associated Dqlite Raft 0.10.1 release. Both of these are bug fix releases to improve the stability and performance of Dqlite.

Over the last week LXD gained a new persistent warnings API and associated lxc warning command set. The purpose of this feature is to allow LXD to record and expose structured warnings that it has detected.

We have also increased the minimum supported kernel version for nftables firewall from 5.0 to 5.2. This is in order to support NAT rules using the shared inet table type (for IPv4 and IPv6). LXD will fallback to using xtables for older kernel versions.

As well as the releases for Dqlite and Dqlite (RAFT library), the Dqlite Go bindings has also had a .dump command added to the cli.