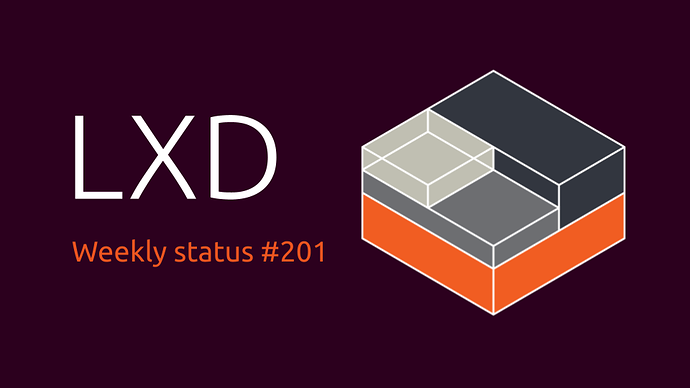 The highlight of the past week was the release of LXD 4.15, please see the release notes and associated release video for more details.

Most of the changes from last week were included in LXD 4.15, these include VM NIC hotplug support, HAProxy protocol header support for the API endpoints, and the new --expire flag on the lxc publish command.

Also added last week but did not quite make the 4.15 release were:

A small fix to LXCFS was added to remove unnecessary log entries regarding an inability to calculate CPU idle time.

Improvements to the systemd-generator have been added.

The previously mentioned lz4 snapshot compression feature was released as v0.11.1 along with several build time fixes that control the feature.