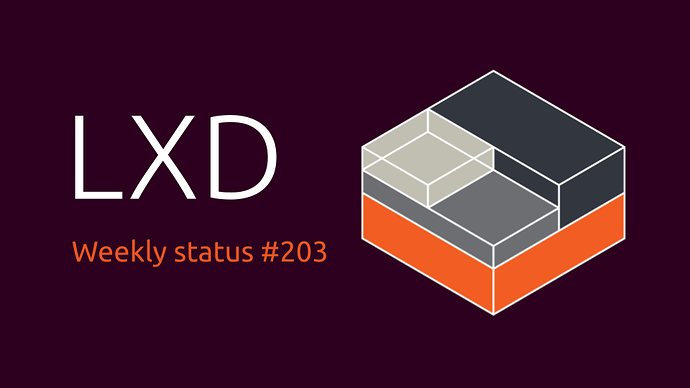 Last week the LXD latest/stable snap channel’s base image was changed from core18 (based on Ubuntu 18.04 LTS) to core20 (based on Ubuntu 20.04 LTS). This refreshes the underlying base OS components that LXD uses. This has enabled the use of the LXD bridged NIC security.port_isolation feature (now that the new version of iproute2 is available).

However due to changes in the underlying software components provided by the snap there were some transitional issues. These have been documented here so if you are experiencing any issues with LXD 4.15 please do check there first.

LXD snap transitioning to core20 and losing i386 support News

There have been a few issues caused by the switch to core20 which I thought would be worth documenting in case any body is affected: Core20 prevented LXD’s ability to detect and use the xtables firewall driver LXD supports two firewall drivers; xtables (iptables, ip6tables, ebtables and arptables), and nftables. LXD will detect the presence of the firewall commands available, as well as the rule sets already in use, and will pick what it thinks is the most appropriate firewall driver to use. …

As well as the core20 base snap change above, there have also been several new features added in the last week along with the usual set of bug fixes and improvements.

Work has continued on making our images start with no failing services.

A double free crash scenario has been fixed.