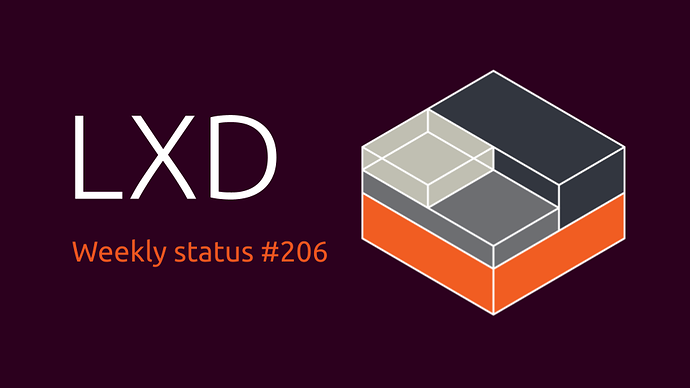 The highlight of the past week was the release of LXD 4.16, please see the release notes for more details.

In preparation for that release, quite a few improvements to the lifecycle API were landed. There was also a round of improvement around race conditions in SR-IOV device handling as well as improving VM startup.

Additionally, there was some preparation work for the upcoming LTS bugfix releases which are due later this week.