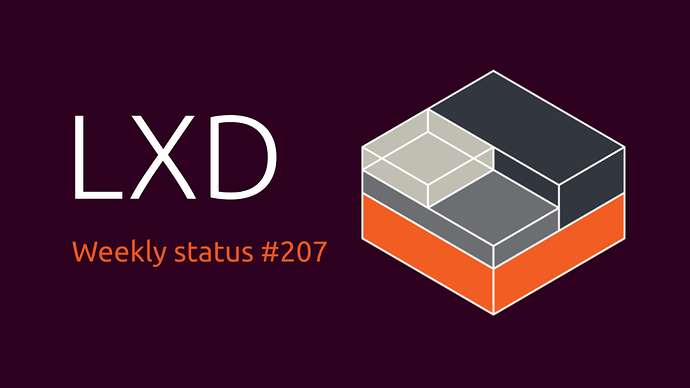 Last week was a fairly quiet week (in terms of code being merged, although there is ongoing work being done on larger pieces) and the LTS releases of LXD, LXC and LXCFS.

Those three releases are out but changelogs are still being worked on and will be published shortly.