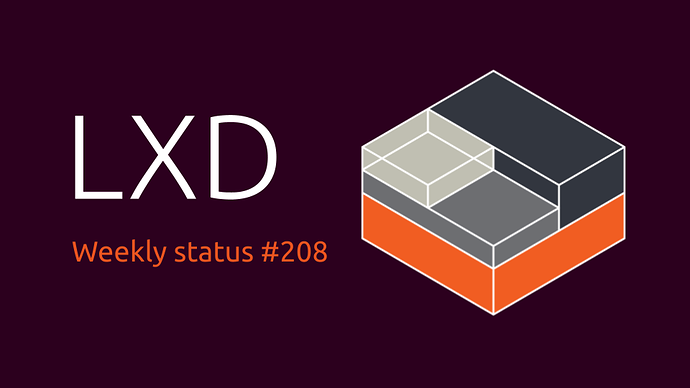 This past week we continued on the ongoing project work and also landed several improvements and fixes in LXD.

In addition to that the release notes for the 3 LTS releases that were made the previous week have been published: