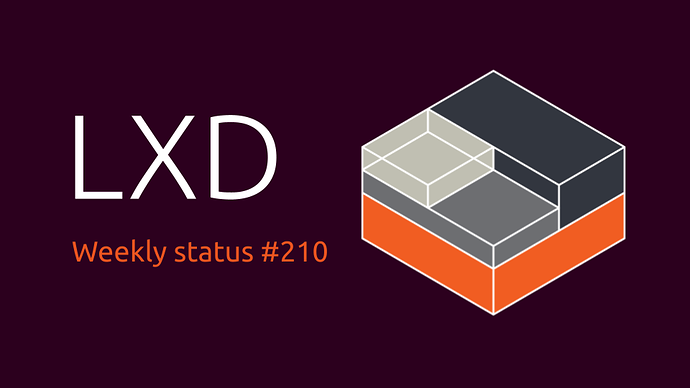 The highlight of the past week was the release of LXD 4.17, please see the release notes and associated release video for more details.