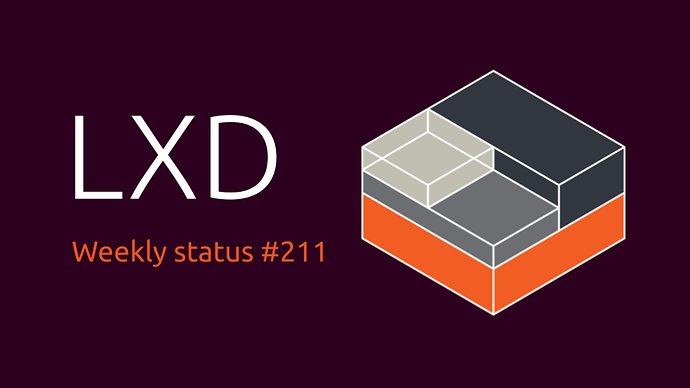 This past week LXD saw the addition of source NAT settings for ovn networks (which is the 1st part of [LXD] Floating IP addresses), and the ability to use cluster join tokens in the preseed config.

Work has also begun on adding io_uring support to liblxc, and Dqlite has gained a LIBDQLITE_TRACE environment variable to allow debug messages to be written to STDERR.

Work has begun on adding io_uring support, and improvements have been made to the bash autocompletion functionality. There have also been some fixes to the cgroup cpumask feature.