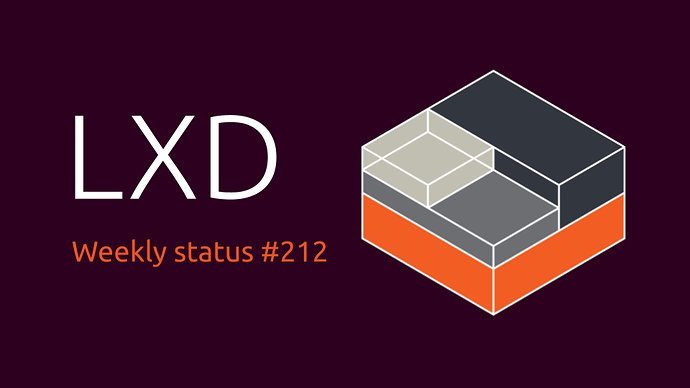 This past week LXD has seen several a bug fixes and improvements that lay the ground work for the larger features we are currently working on.

Support for Windows 11 was added.

A fix was added so that systemd masks needed for containers are not added for VM images.