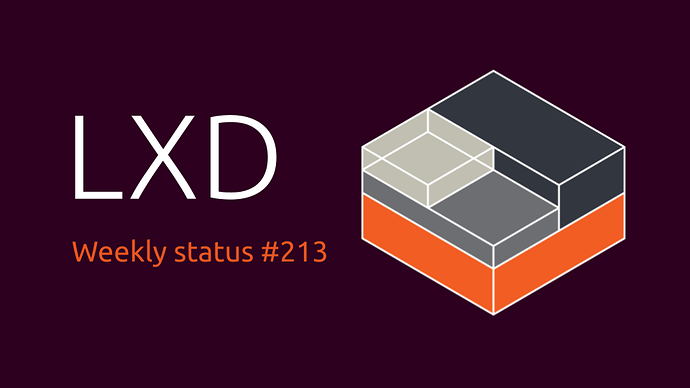 This past week a new feature from our LXD roadmap has landed, which adds BGP route advertisement from bridge and ovn networks (and associated NICs) to upstream routers.

Also there has been a big change to how LXD is built. We have now switched to using Go modules meaning that LXD can now be built outside of the traditional GOPATH and we can utilise third party modules from the community, as well as allowing LXD to be built with future Go tooling (when GOPATH support is removed). This will also help with repeatable builds of LXD as each branch will specify the dependencies it needs to be built, and when generating our release tarballs we will vendor the dependencies inside it.

I think it’s not visible in the default list because Youtube is still doing post-processing on it for the high definition version.

Ohh, ok. Thanks for the clarification.