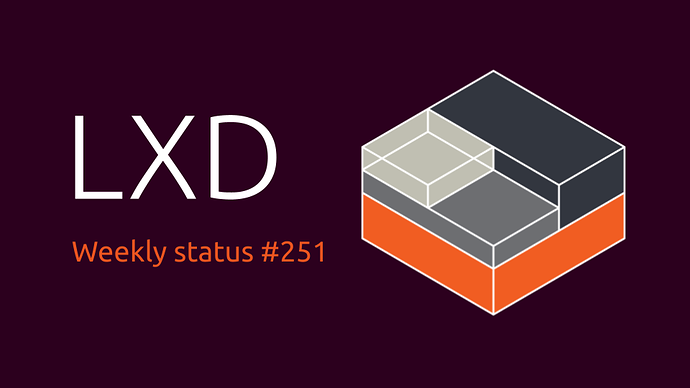 Last week we continued our focus on stability that we’ve had over the last few weeks by continuing to work through our issues backlog (and any other issues we find along the way) expanding our test suite as we go.

Warning: Passing those character devices may significantly reduce or in some cases entirely nullify the normal security benefit of LXD containers. It’s fine for testing purposes but those devices generally expose you to system wide objects with no built-in namespacing support.